Press and Media Information and Biography

Phil’s solo music career began almost 30 years ago and he is now widely regarded as one of the finest and most distinctive guitarists working on the current UK acoustic / folk music circuit. In addition, many years of gigging have resulted in Phil evolving into a perceptive and heartfelt songwriter as well as a 'freestyle', humorous troubadour who puts on a great show.

Phil originally came from Wirral and as a teenager in the 1970s, his first musical influences came from the popular music of the day. Playing guitar and bass he was involved with various bands playing around the Liverpool scene at that time; a scene that spawned bands such as OMD and Teardrop Explodes. Phil realised that his real love was acoustic music, mainly influenced by the likes of Roy Harper, John Martyn, Dylan and Joni Mitchell amongst others so was drawn to the (still vibrant) folk scene at that time. Whilst exploring the folk scene, Phil was greatly inspired by hearing the virtuoso guitar playing of Nic Jones, Martin Carthy, Martin Simpson, Bert Jansch and Dick Gaughan, as well as by the traditional music of Ireland and Scotland.

Setting out as a solo singer/guitarist Phil started to secure gigs in the many folk clubs that existed in the North West playing mostly traditional style material. Phil’s first independent commercial recording in 1986 (‘The Din Of Inequity’) was a mix of traditional material alongside some of Phil’s own songs and won many favourable reviews resulting in more bookings around the UK. Phil’s next offering (‘Maidenhead Revisted’) in 1988, produced by friend Mike Johnson was equally well received and led to an album deal with Fellside Records. 1990 saw the Fellside release ‘Living On Credit’ further establishing Phil’s credentials as a guitarist/singer-songwriter of great worth. Phil returned to Mike Johnson who by then had set up 101 Records and and for many years Phil was published exclusively by 101. Phil’s recordings with 101 include ‘Broken Timing’, ‘Tears From The Tracks’ and the album ‘Everyone’s A Hard Man Now’.

Phil is now an independent artist and recorded the solo guitar/vocal album 'Twilight Tone' to great acclaim in 2015. This has since been followed with 'A Stranger I Came' (2018) which has been equally well-received. Both albums have been released on the 'in-house' March Hare Productions label and are available through this site (see releases).

Phil’s song-writing often reflects his own social/political views, not in a ‘tub-thumping’ way but in a more thoughtful, often humorous and chorus-based style, reminiscent of his folk roots. On stage Phil is an accomplished performer mixing his virtuosity on the guitar with songs highlighting his rich, husky voice. He is a hugely entertaining performer and uses his humorous stage banter to foster good audience participation.

Over the years, Phil has toured and performed his music in the USA, Holland, Belgium, France, Germany & the Czech Republic, as well as throughout the UK. He has also played with a who's who of folk and acoustic-related acts including The Spinners, (the late) Jake Thackeray, Isla St Clair, Tom McConville, Phil Beer, Jacques Stotzem, Woody Mann and Clive Carroll.

Today Phil is increasing his global audience by posting videos on MySpace and YouTube, some of these are live clips from the many concerts/festivals that Phil has played, others are more relaxed, domestic clips but all show Phil’s expertise in exploring the acoustic guitar as a solo instrument.

There are many press quotes available on Phil including IAN WELLS of the DAILY TELEGRAPH: ‘If folk song is history from underneath, then Phil’s songs are today’s broadsides’, New York magazine DIRTY LINEN: ‘The songs are British, maybe even Northern English, but this guy is a world class player’ and LIVING TRADITION: ‘Some beautiful guitar playing from the vastly underrated Phil Hare’. 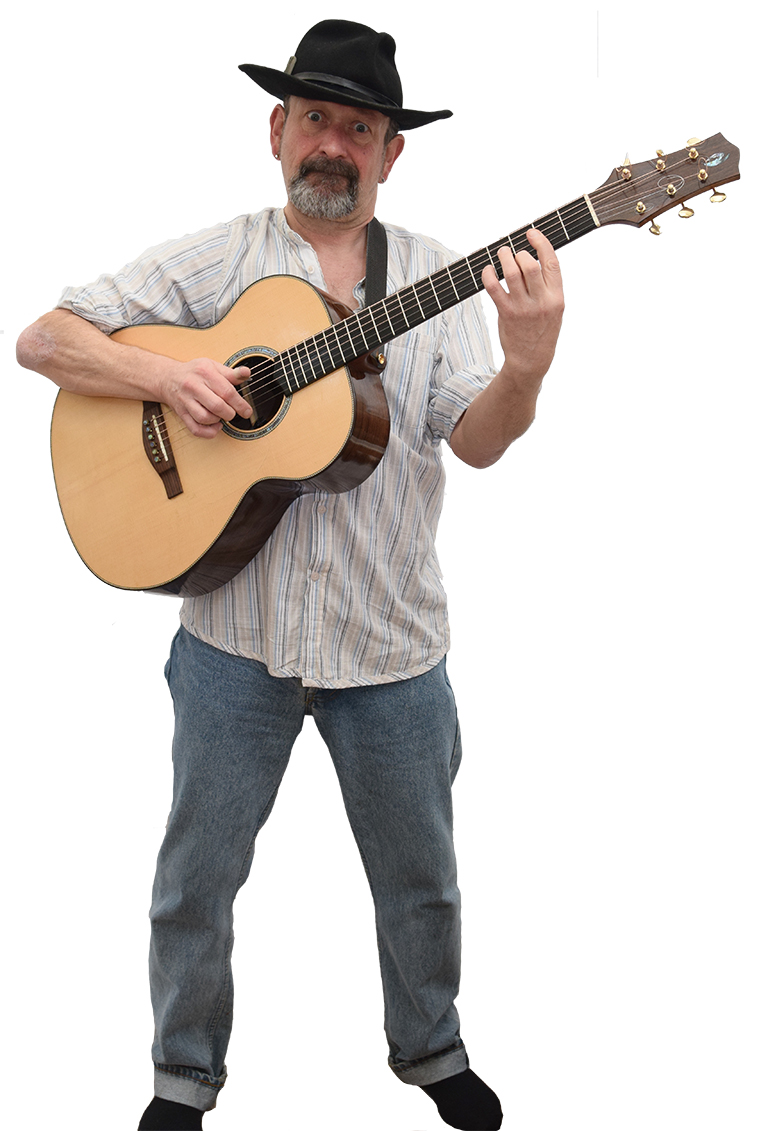